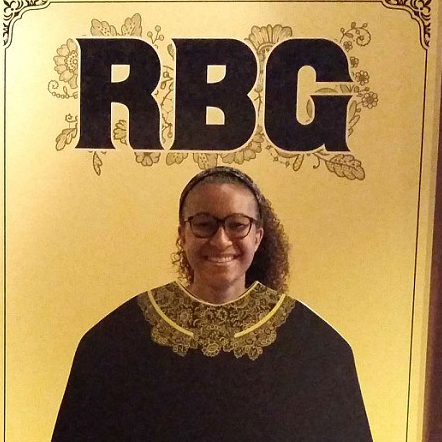 My troop had the wonderful opportunity to see the new documentary “RBG,” which focuses on Supreme Court Justice Ruth Bader Ginsberg’s life. Growing up in Washington D.C., Ginsberg has always been portrayed as an untouchable superhero, someone who has dedicated her entire life to advancing the cause of gender equality, and this documentary proved she was worthy of that title and more. I learned so much about Ginsberg’s personal life, as well as the struggles she faced as a woman trying to shatter glass ceilings in the legal world. Before she became a federal judge, she won five out of the six cases she argued in front of the Supreme Court. Because she wanted to prove that she believed in gender equality for everyone, Ruth decided to represent a widowed man who was denied a certain Social Security benefit because he was a man. It was cases like these that set Ginsberg apart from her counterparts and proved she truly believed in what she was fighting for.

Two things have stuck with me the most after watching the movie. I was immensely touched by Ginsberg explaining that she never yelled or raised her voice. I learned that you don’t need to be the loudest person in the room, just the one with the best ideas.

Also, the incredible love story between Ruth and her husband, Martin Ginsberg reminded me that, no matter how capable a person may be, no one can do everything by themselves. If it wasn’t for Martin, Ruth would have never had the courage to fight for the Supreme Court nomination, which taught me that everyone, even Justice Ginsberg, needs to reminded of their worth and value once in a while.

As someone who knows that law school or government work may be in my future, I know my journey has been made easier by women like Ruth, who endured extreme hardships to make my life just a little easier. My troop left the movie excited about what Ruth had done so far, and what else we can do for gender equality – we’ve also started searching online for Notorious RBG shirts to give for Mother’s Day.